Shopping Cart
Your Cart is Empty
Quantity:
Subtotal
Taxes
Shipping
Total
There was an error with PayPalClick here to try again

Thank you for your business!You should be receiving an order confirmation from Paypal shortly.Exit Shopping Cart

Between 1953 and 1969, the Alameda Parks and Recreation Department (ARPD) hosted a charity baseball game that benefited the March of Dimes. The game featured many of the top, local baseball stars of the day. Lil Arnerich, ARPD Director and former minor league baseball player, coordinated this annual charity game. In the first few years of the event, an all-star team made up of major & minor league players would play against a top, local semi-pro team. Later on a team of major league stars would play against a team of minor league stars. Arnerich himself played in the game the first few years while he was still playing semi-pro ball for Lucky Lager. The game was generally held in early to mid-February, prior to the start of spring training, and was played at Washington Park. Extra bleachers were brought in to accommodate the large crowds that the game would attract.

It is historically important to note that the March of Dimes charity game featured many local black baseball players of the day. Even though Jackie Robinson had broken baseball's color barrier in 1947, it wouldn't be until 1959 that major league baseball had been fully integrated. The progressiveness shown by Arnerich in the early years of the game went a long way in making this annual charity game popular among players and fans. 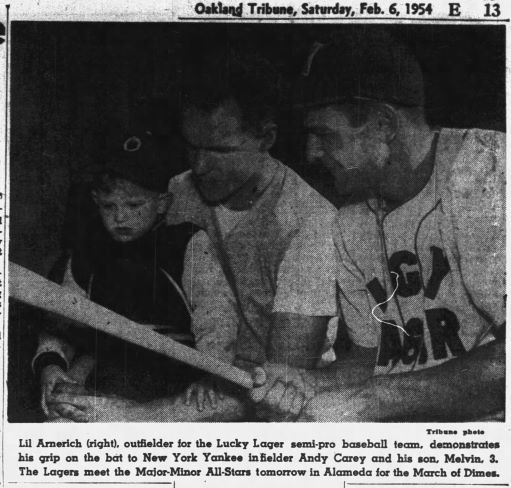 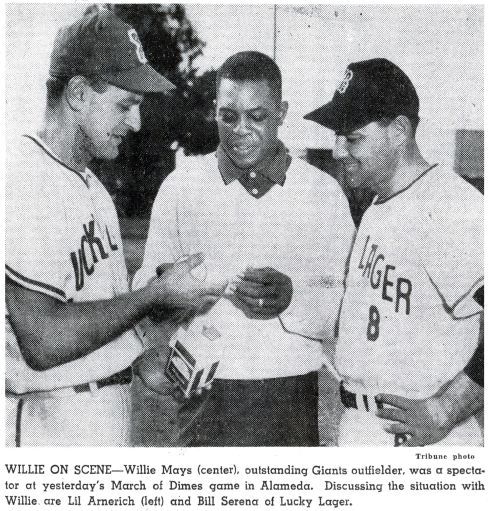 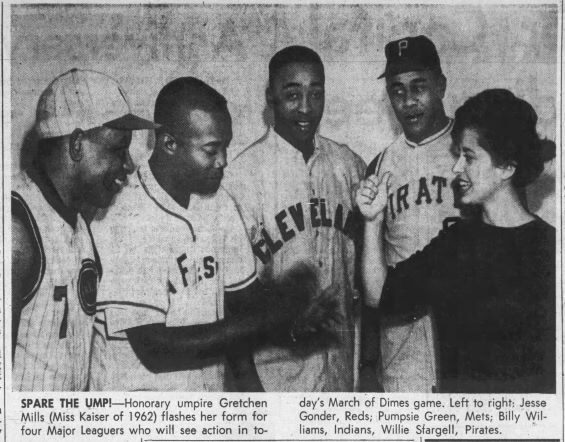